Headed to Dublin Ireland for the first time? Here’s a small taste of what you can expect.

My decision to go to Dublin was very last-minute. In fact, I booked the flight and hotel just two weeks before my departure, which is quick for an overseas trip.

Although I was only in Dublin for four days, with much of my time tied up with the TBEX Europe conference, I got a good taste of the city during my short Dublin visit. In a nutshell, I loved Dublin and its charm.

1. Dublin is an accessible city.

My direct flight from Philadelphia took about seven hours and arrived in Dublin at breakfast time. When you think about it, the flight time is only a little longer than flying to California from the East Coast. Getting to and from the Dublin airport is easy too, with express buses costing under 10 Euros and taking less than an hour.

In addition to the geographic accessibility, it’s easy for Americans to assimilate to the city since the spoken language is English. The Irish lilt adds a musical element to the Germanic language, but it’s totally easy to communicate without the need for translation.

2. Dublin is a walkable city with old buildings, bridges and parks.

For better and worse, my hotel (selected for the conference) was a good half hour walk from the city center. Although this location was a fail from a convenience factor, the hotel location’s main benefit was the opportunity to burn off some calories while walking. Calorie burning is key in a city with so much great food and drink.

The second benefit was the scenic aspect of the walk. The walk had St. Stephens Green in the middle and was filled with colorful doors along the way.

The city itself has a myriad of architecturally interesting buildings, street art and bridges over the River Liffey.

Even with just one day in Dublin, a traveler can see and do a lot in Ireland’s colorful capital city. The street art is amazing.

Day or night, there’s always something to check out when you’re walking in Dublin!

3. Dublin is full of great food.

Farm to table has become a cliché in the past few years, as comically portrayed on the first season of Portlandia. However, the restaurants and people in Dublin truly live in a farm to table environment.

Discover our picks for the best Dublin Restaurants.

While in Dublin, I had a spectacular meal at Chapter One. I inadvertently ate meals at three restaurants that start with the letter “B” – Bang, BóBó’s and Brother Hubbard. I also had desserts at Queen of Tarts and Farm with my dessert-obsessed friend Suzanne.

The cheese was so good that I went to the store and bought a wheel of Milleens, a wash rind cheese from Cork that tasted stinky and delicious a few days later in Philadelphia.

The oysters were fresh in a way that evoked flavors of the ocean. And, of course, Guinness flowed freely at the party just like throughout the city.

4. You’re never far away from a drink in Dublin.

There are just over a half-million residents and over 1,000 pubs. Guinness and Jameson hail from the city, each more than a century old, and both have a strong presence here.

Interestingly, Guinness tastes way better in Dublin. Perhaps it’s because the beer is so fresh. Perhaps it’s something in the city’s air or water.

There’s plenty of great coffee in Dublin, not just Costa and Starbucks, though the chains are prevalent in the city just like everywhere else. I had excellent handcrafted cups at both Brother Hubbard and KC Peaches.

Check out our Dublin Coffee Guide.

5. Dublin is just a hop, skip and jump from the Irish countryside.

Dublin is a bustling city, but there are so many day trips that you can easily do. Since I was in Dublin for just four days, I only had time for one day trip.

Thanks to Failte Ireland, I got to experience megalithic Newgrange, visit Monasterboice, eat a gourmet lunch at Ghan House, walk through the charming village of Carlingford and catch the sunset at an oyster farm.

Overall, visiting Dublin was a revelation and has bumped Ireland way up on my travel list. I will be back again, hopefully sooner than later. Next time, Daryl will be with me and we will be there longer than just four days.

Sláinte Dublin, until we meet again.

Hungry for More in Dublin?

Check out our Dublin Restaurant Guide for some of the best food and drink options in Dublin. 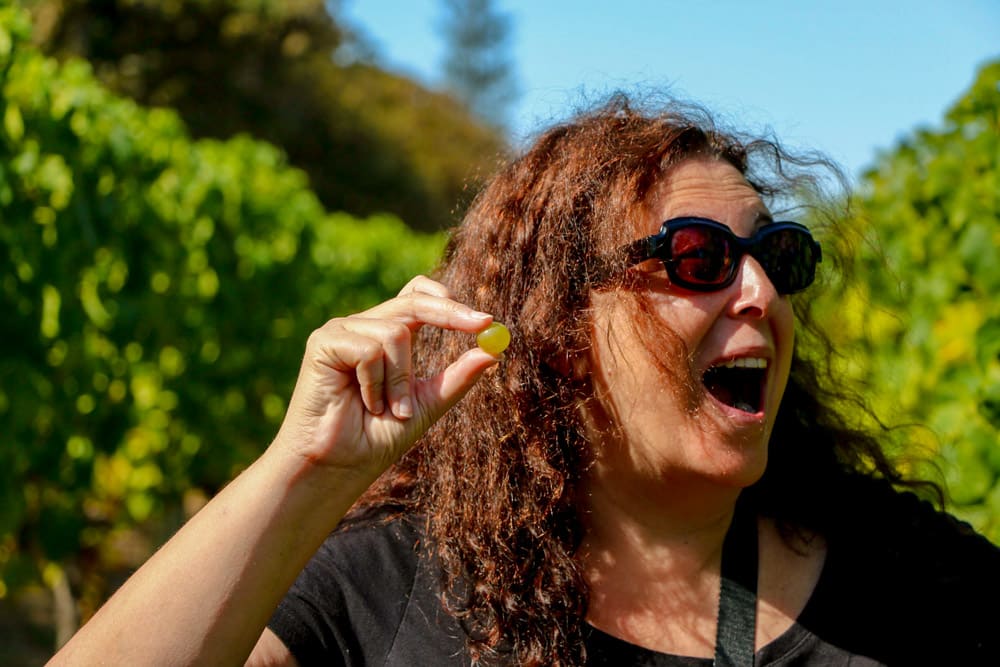 Mindi Hirsch left corporate America to embark on a never-ending quest for the next great meal. The award-winning Food & Travel writer lives in Lisbon with her partner Daryl.

My sister and my cousin used to live in Dublin, and I kept visiting them when I lived in England as it was really cheap and easy to get there. For some reason, my parents really enjoyed the city when they visited, but it never really grew on me. I guess i was too used to the grandeur of London, and the one time i stayed there and it rained every single day for two weeks (well, my siter once counted 90 days of rain on a row) did not help. However, i do have to agree on the great food and drinks!

If you like Dublin, then you're in for an even better time in the Irish countryside! I agree: boxty's are really nice!

Love your Photos. Can't wait to see for myself. Love Farm to Table and all the healthy choices. By the way, the snapshot of Mindi looks like one happy travelling girl.

Hello there. Love your comments on Dublin (and thank you BTW for following my own blog. Much appreciated...)

Hi there - thanks for visiting my blog and for the follow - whenever someone comes over I feel like Hansel and Gretel as I follow the virtual breadcrumbs back to their site. Love your name - 2foodtrippers - very good, and I see that you and I were in Dublin almost the same time. I agree the expectation that Irish food might not be up to par was not met, the food is brilliant, farm to table is frequent, and people are proud of serving organic eggs and homemade bread. Love the place and will go back. Best wishes Polianthus!

Thanks for the nice comment. We look forward to following your blog, especially the delicious food photos!