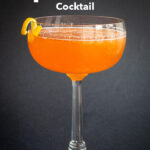 Despite its fun name and festive color, the Paper Plane is a sophisticated cocktail that’s ideal for serious cocktail drinkers. It’s also a tasty tipple that’s super easy to craft at home.

The Paper Plane cocktail is a modern cocktail that debuted more than a century after Wilbur and Orville Wright took their first flight in 1903. That flight changed the world.

While the cocktail version may not have made such a bang, it’s still a great invention that’s crafted with liquors produced in both the USA and Italy. In other words, it’s an ideal drink for cocktail enthusiasts who like to travel the world while they drink.

What Is a Paper Plane Cocktail?

Unlike paper planes made with actual paper, the Paper Plane cocktail requires three separate liquors (amaro, Aperol and bourbon) plus freshly squeezed lemon juice. Also, unlike those paper gliders, it’s easy to craft the cocktail version at home since no special skills or tools are required.

Drinking a Paper Plane cocktail is equally easy to do. The orange cocktail is surprisingly smooth despite its bitter, herbaceous and tart flavors. But make no mistake. This bourbon cocktail packs a punch despite its fanciful name.

The Paper Plane’s ingredients will tickle your tastebuds and blast you straight into the air. However, should you choose to imbibe more than one Paper Plane cocktail, you may be in for a rough landing or at least a bit of tummy turbulence.

History of the Paper Plane Cocktail

Research into this boozy cocktail reveals that American bartender Sam Ross invented the Paper Plane cocktail in 2007 for Chicago’s The Violet Hour.

Ross apparently derived inspiration from the Last Word, a classic cocktail crafted with green Chartreuse, dry gin, maraschino liqueur and freshly squeezed lime juice. His interpretation was creative considering that the ingredients are different but, hey, all’s fair in love and cocktails.

He also got inspiration from the M.I.A. song Paper Planes. Whether this inspiration was related to the song’s infectious tune or its serious lyrics is a mystery that’s best investigated by imbibing more Paper Plane cocktails.

While you only need a piece of paper to create a paper plane, you’ll need the following ingredients to craft a Paper Plane cocktail:

Once you assemble these ingredients, the drink is easy to craft using a 1:1:1:1 ratio. We opted to use one ounce of each liquid in our recipe but you could decrease or increase the measurement based on the size of your glass.

We like to use Four Roses in this cocktail since the Kentucky bourbon has a relatively mild flavor with hints of both vanilla and caramel. The relatively affordable bourbon mixes well in this and other cocktails. You can and should use your favorite bourbon when crafting a Paper Plane cocktail.

Sam Ross crafts his Paper Plane cocktails with Amaro Nonino and we do the same. Made with grappa, this Italian amaro is neither cheap nor easy to find. However, don’t give up if you can’t find a bottle. Just use another amaro instead. But be aware that your cocktail may taste different from the classic version.

Using Aperol is an absolute must. The Italian liquor provides the Paper Plane’s vivid color and contributes to the drink’s bitter and herbaceous flavors. Like most people, we already had a bottle left over from crafting Aperol Spritzes at home. If you don’t have a bottle, it should be easy to find one at any liquor store.

Buy bottles of Aperol, Bourbon and/or Amaro Nonino from Drizly or Total Wine if you live in the US.

How To Craft a Paper Plane Cocktail

Crafting a Paper Plane cocktail doesn’t require any special bar tools. We use the following basic bar tools in our recipe:

You can improvise if you’re missing any or all of these basic bar tools. However, none of them are expensive.

The first step is to squeeze an ounce of lemon juice which you’ll pour directly into a cocktail shaker.

We like to use a small angled measuring cup to measure juice but you can use a jigger or other measuring device if you don’t have this handy tool.

Next, measure an ounce each of the cocktail’s three liquors and pour them into the same cocktail shaker.

We use a Japanese Jigger in this and other cocktail recipes to ensure accurate measurements and clean pours.

Once you’ve added the liquors, add ice and close the shaker. We use a Boston Shaker for this and other recipes since it doesn’t leak and is easy to clean.

Buy a Boston Shaker if you don’t have a cocktail shaker or want an inexpensive upgrade.

Shake vigorously until the liquids are thoroughly mixed and chilled. This step should take about 20 seconds.

Strain the cocktail in to a coupe glass and garnish with a lemon twist.

Warning
Don’t try to glide this Paper Plane across the room. Instead, sip it with caution.

We won’t be surprised if crafting a Paper Plane cocktail gets your creative juices flowing. Here are a few ideas to channel those juices:

What is a Paper Plane cocktail?

The Paper Plane is a modern cocktail crafted with American bourbon and two Italian liquors – Amaro Nonino and Aperol.

Where was the Paper Plane cocktail invented?

The Paper Plane cocktail was invented in Chicago.

Why is it called a Paper Plane cocktail?

The name of this cocktail was inspired by the M.I.A song called Paper Planes.

The Paper Plane tastes like a ramped up Whiskey Sour thanks to bonus Italian ingredients like Amaro Nonino and Aperos.

What are the ingredients in a Paper Plane?

Is the Paper Plane shaken or stirred?

The Paper Plane is shaken, not stirred.

What type of glass is best for the Paper Plane?