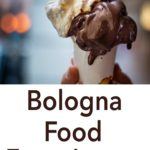 Overwhelmed by all the culinary things to do in Bologna? Check out ten Bologna food experiences that you shouldn’t miss.

Many travelers visit Italy and never visit Bologna. Many instead go to more famous cities like Rome, Florence and Venice, whereas others head south on a pizza mission to Naples or to explore the ancient cave city of Matera. Some even go to Verona to follow the trail of Romeo and Juliet.

We’ve been to all of these cities and love them for a myriad of reasons ranging from art to opera. However, Bologna may very well be our favorite city when it comes to eating in Italy.

Why We Love Bologna

Bologna has held a special place in our hearts since our first visit in 2008 and this love has grown with more recent visits to the city known as La Grassa or The Fat One. As avid food travelers, we feel at home in culinary cities around the world.

In Bologna, food isn’t just a focus but is rather a daily celebration.

From friendly shopkeepers who ply customers with Vignola cherries to grandmotherly sfoglinas who create pasta from the most basic of ingredients, Bologna locals live and breathe food like people in no other city where we’ve traveled. Perhaps this food obsession is due to the embarrassment of culinary riches found in Emilia-Romagna’s Food Valley.

And the best part? Visitors to Bologna can jump into the local food scene with almost no effort and minimal investment beyond booking a plane ticket and reserving a hotel room.

La Grassa is a welcoming spot for food lovers. So compare flights and book a hotel now! As for figuring out the best things to do in Bologna, we’ve got you covered.

Read about the best Italian desserts in Bologna and beyond.

Our Favorite Things to Do in Bologna

Wondering what to do in Bologna? Now that we’ve been to La Grassa multiple times, we’re well positioned with our favorite activities for travelers who appreciate the finer things in life.

And by finer things, we mean some of the world’s best pasta, meat, cheese along with many surprising wines like sparkling red Lambrusco and wines from the region’s Romagna area in the province of Ravenna. These are the reasons that Bologna is one of the best food cities in Italy as well as in the world.

Sure, you can and should check out Bologna’s many museums as well as the Sanctuary of the Madonna di San Luca and the Asinelli Tower. These Bologna attractions are readily accessible by foot, bus and taxi.

But, to us, the very best things to do in Bologna are related to FOOD. Some of these activities involve cooking but they all involve eating. Here are our favorites:

People around the world eat spaghetti bolognese, but this bastardized dish is just the tip of the pasta iceberg in Bologna. The city is a veritable paradise for pasta lovers, especially those willing to roll up their sleeves and try a few varieties.

We recommend starting your Bologna pasta journey with Tagliatelle al Ragu – after all, it’s the city’s signature dish as well as the inspiration for the aforementioned spaghetti bolognese. Then spread your wings and try other kinds of pasta like Gramigna with Sausage, Lasagne Verdi al Forno and Tortellini in Brodo.

In fact, eating Tortellini in Brodo is a must for anybody who visits Bologna. The simple dish with handmade dumplings swimming in a savory broth is the ideal winter food though it’s just as satisfying during Bologna’s hot summer months.

Discover other great noodle dishes around the world.

2. Learn How to Make Pasta

If you think that making pasta by hand is difficult, then you are correct. However, Bologna locals and skilled sfoglinas offer opportunities for folks like us to learn how to make tortellini from scratch.

We took two different classes in Bologna and recommend both. Our first class was a daytime demonstration at the Le Sfogline pasta shop just across from the main market. The second was an intimate evening class at the home of a local who learned pasta techniques from his grandmother.

You can contact the team at Le Sfogline by phone at 051220558 to inquire about a cooking class or demo. Or, if you prefer a more intimate setting, you can email David Labanti at 14pollici@gmail.com to set up a private pasta class.

Disclosure: Taking one pasta class won’t make you a pasta expert. However, it will be a fun, tasty experience.

3. Eat a Home Cooked Meal with a Local

As much as we love the restaurant scene in Bologna, we also adore the experience of dining with locals at their homes. This can be a challenge for travelers since it’s hard to make personal connections with just a few days in a city.

It wasn’t until our third Bologna visit that we discovered Cesarine, a service that matches visitors and locals in cities all over Italy. Thanks to Cesarine, we got the opportunity to eat a homecooked dinner at an apartment in the heart of the city. The local chef known as Cesarina Diva whipped us up a feast and served it to us on her balcony overlooking the city.

Read more about our Cesarine dining experiences in Bologna and Florence.

We highly recommend this experience for visitors who want to connect with locals AND eat good food. In other words, we recommend Cesarine for all food travelers.

We weren’t too optimistic about FICO Eataly World, the world’s largest agri-food park. For one thing, we’re not theme park fans. Plus, considering all the great food in Bologna, we weren’t sure why we’d need to take a bus to eat food. Despite our concerns, we enjoyed spending an entire day tasting products from all over Italy, not just Bologna.

Tour guide Valentina Rossi expertly guided us through the best stalls so that we could sample products like the finest Proscuitto de Parma, Mortadella made on the premises, Nero (Black) Proscuitto from Calabria, a range of special hanging Culatello and Parmigiano-Reggiano cheese that varied in age from 2 years to decades old.

Thanks to the set-up at Fico, we were able to interact with the vendors while we tasted the different food products. Most spoke excellent English but all spoke the international language of food.

Before we got too full, we capped off our FICO Eataly World experience by sharing a summer version of fresh tortellini (the queen of pasta) dressed with Parmesan cream and balsamic vinegar.

FICO, on a “slow food’ mission, also aims to educate consumers on where all this wonderful food comes from and the importance of eating locally. The facility has a range of gardens growing fresh fruits and vegetables along with livestock stables displaying the animals responsible for producing some of the best Italian food products in the world.

In this way, it’s kind of an Italian version of the Iowa State Fair but where the eating attractions are the main attractions.

Don’t be concerned if you don’t eat meat or cheese. Vendors at FICO Eataly World sell a full range of fruits, vegetables, pastries, gelato and wine. It’s also a great place to shop for edible gifts or if you’re planning on throwing a grand feast at a short-term stay apartment.

When locals finish work and travelers finish touring, it’s time for aperitivos in Bologna. To us, this is the best time of the day since the main activities are to eat, drink and be merry.

Unlike many cities in Italy, the best Bologna aperitivo spots do NOT offer food buffets where patrons stuff their faces with pasta and other carbs. Instead, the Bologna aperitvo involves sipping wine or Aperol Spritzes while savoring plates heaped with Prosciutto, Mortadella and Parmigiano- Reggiano.

Whether or not you like to shop at home, you don’t want to miss out on the experience of shopping at markets in Bologna. Not only do Bologna markets sell some of the best fruits and vegetables that you’ll ever eat, but the shopping experience is fun thanks to chatty vendors who love to share their bounty.

Be sure to visit Mercato delle Erbe, Bologna’s largest covered market and the epicenter of great food products in the city. In addition to its excellent selection of produce, meats and cheese, this market also has a food court where you can enjoy prepared food and wine.

7. Cook at an Apartment Hotel

If you’re wondering what to do with the food you buy at the Bologna markets, wonder no more. The solution is to cook a meal in a Bologna apartment hotel like L’8 Boutique Apartments.

Centrally located in a former palazzo, L’8’s eight stylish design apartments feature decked out kitchens where you can cook as if you’re at home. The difference is that you’ll be cooking with some of the best food in the world.

Walking around Bologna is a food tour in itself based on the city’s sheer number of shops and restaurants. You can easily take an unofficial food tour and eat your way around the Quadrilatero or you can schedule a 2-hour food tasting and walking tour with a local food expert. We can pretty much guarantee that you’ll eat well either way.

If you have time to explore beyond Bologna, we recommend that you spend a day touring Emilia-Romagna producers with a focus on Parmigiano-Reggiano, Balsamic Vinegar and Prosciutto di Parma. It will probably be the most foodilicious day of your life!

9. Learn How to Make Gelato

One of our favorite days in Bologna was the day we went to school – and not just any school – gelato school. Yes, it’s true, we spent a magical day at the Carpigiani Gelato University where we explored the history of gelato, learned how to make gelato and ate gelato.

Though Carpigiani is technically located outside of Bologna, the gelato museum and university are a short, inexpensive bus ride from the Bologna train station. Book your tickets in advance – this hands-on experience is a must for anybody who loves ice cream. And who doesn’t love ice cream?

You scream. I scream. We all scream for ice cream. With this rallying cry, we approached Bologna like kids in a candy store. We visited every top gelateria in Bologna and most more than once.

We recommend eating at least one cup or cone of gelato every single day that you’re in Bologna. By the time you leave the Fat City, you’ll have a favorite gelateria. Maybe two.

Considering all the great food in Bologna, we recommend that you stay at an apartment where you can cook some of your meals at home. We stayed at L’8 Boutique Apartments and recommend this apartment hotel for both its comfort and convenience.

Hungry for More in Emilia-Romagna?

Check out our food guides for Bologna, Modena and Parma for tips on where to eat some of the best food in Emilia-Romagna. We cover pasta, aperitivos, gelato and more in these comprehensive guides.

Sponsorship
We thank our Bologna partners including Emilia-Romagna Turisme, Welcome Bologna and L’8 Boutique Apartments for sponsoring us to facilitate this article.