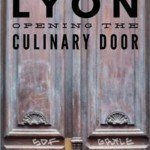 As we sit here in our little Lyon apartment drinking wine and eating delectable food sourced from local markets, we can’t help but marvel as to how we got here. Just three months ago, we were packing up our house with 22 inches of snow on the ground.

To begin our round-the-world adventure, we went on a road trip from Philadelphia to the deep south, through the desert to California, up to the Northwest, through the Midwest, into Canada and straight back to Pennsylvania. The tour nearly killed us – an epic journey that left us with little energy to work and a desire for day-to-day sanity.

So what did we do? We flew to Lyon France.

Arrival at our Lyon Apartment

We entered France as slow travelers with the luxury of four weeks in one city. On our previous European trips, we jumped off planes, ate a few great meals, visited a couple museums and were back in the air before we had time to fully adjust to the time zone.

This longer stay in Lyon allowed us to live as locals. We were able to cook in our Lyon apartment, we had time to work and we could see (this is the large part) if it’s possible for us to integrate with the local culture.

Let’s face it. We came to a foreign country with no friends.

Although we both studied French in high school, the long-ago learned language basics never seem sufficient once a local starts speaking a mile a minute. We can scour all the food guides, but that never guarantees entry into a city’s true food culture.

While performing our usual restaurant research, we found that our convenient Presqu’ile apartment placed us only a block from Le Garet, a highly rated Bouchon.

We decided to walk by the Lyonnaise restaurant on one of our early morning excursions to check out the menu. As we approached the restaurant, a highly audible din of celebration tickled our ears – ‘there was a party going on!’

Welcome to the Party!

That’s when we met Michel Thévenot.

Michel does not speak fluent English, but, like us, he has a love for food that’s universal. It’s a love he takes with him every time he meets with his exclusive club, L’Académie du Coq en Pâte. The club is sort of like a French version of the Elks Lodge in a city where Epicureanism rules the day.

The exclusive, 30 members, all male (apparently there are all female clubs too) club meets four times a year to celebrate all things food and wine. For this particular celebration, both men and women were invited.

Michel invited us in, and, like magic, the world of Lyon began to unfold before us within the restaurant’s caricature and memorabilia-covered walls.

There was drinking, there was gaiety, there was traditional jazz music and, of course, there was plenty of pork from local charcutier Maison Duculty. Apparently, oysters came later, but we missed those due to an early exit.

The final strains of “When the Saint Go Marching In” were playing as the party started to wind down, but our book on Lyon and Southeastern France was just beginning.

Thanks to our random, fortuitous walk by Le Garet and Michel’s invitation to the party, we received opportunities to discover how great Saucisson is made, attend a festival celebrating one of the region’s greatest cheeses, take part in a pork-dominated rugby benefit and learn about some of Lyon’s great traditions that place the city in the pantheon of global food culture.

Plus we made a new friend.

Now, this doesn’t mean that we don’t have to try to speak French. Out of both respect and necessity, we communicate in French with assistance from Google Translate via our smartphones. Language, food and eating provide a level of universality that bridge our channels of difference to create one world beyond nationality.

According to some estimates, there are over 6,700 living languages in the world. But there is one language that everyone understands: Food.

And in this language, we are highly fluent.

Hungry for More in Lyon?

Check out our Lyon Food Guide and Lyon Coffee Guide for great food and drink options in Lyon.

Food is the ultimate lange it's true.

That why i found Lyonresto, in order to help people to choice good food. The next time wee can provide you an ultime list of restaurant in Lyon " English speaking " ;) See you soon

I can't wait to go back to France. Paris was just the tip of the iceberg. I took french emersion in elementary school but i'd be ashamed to try and use it now. lol.

Don't be afraid! In our experience, the French people appreciate the effort when you try to speak the language.

I am so jealous! I love Lyon, but I haven been there for years. They call Lyon the stomach of France for a good reason!

So smart to take it slow and enjoy Lyon. Even the French regard Lyon as the culinary capital of the country. We loved the city; it's another place we walked around thinking, 'We could live here!"

The road trip that started your year sounds fun but exhausting--I can see why you'd pack up and head to France! Sounds like you made friends with the right person--the party looks like it was a blast, and the food looks delicious! I've been to France, but haven't made it to Lyon--will have to make it a priority on our next visit--looks like a great place with some amazing food!