It was a longer than expected drive to the Finger Lakes in the dark rain. Our five-hour drive became a seven-hour drive, and that’s a long distance for a weekend getaway. All was good the next morning though, as we sipped Bloody Mary’s overlooking the lake. 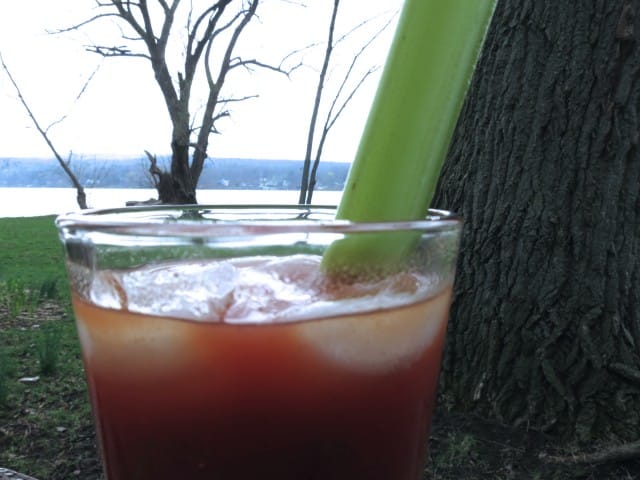 Why the Finger Lakes?

The impetus for the trip was our wine group which had decided to hit the road for a weekend getaway in the Finger Lakes. We pooled together and rented a house on Honeoye Lake, one of the smaller lakes in the winery-rich region.

The house offered lots of amenities including a hot tub, piano, pool table and grill. It also had four bedrooms and three bathrooms, which was key since there were eight of us.

After the dark, rainy drive, we kicked off the weekend with snacks and locally procured beer from Horseheads Brewing, Inc. Our favorites were the Hot-Jala Heim Beer with Bite (flavored with chili peppers) and Domination Ale, a barley wine.

Saturday began with a Bloody Mary bar and breakfast burritos at the house. Yep, our wine group drinks more than just wine. 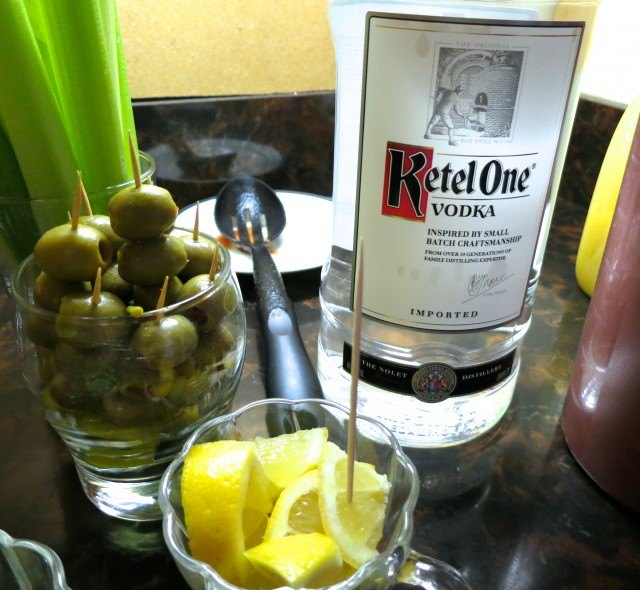 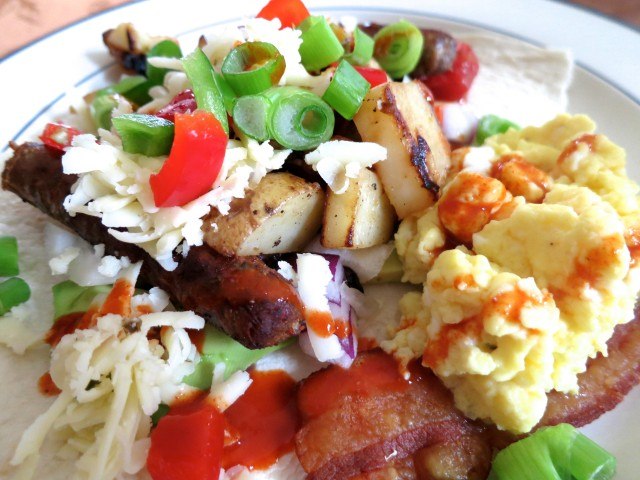 Wine Tasting in the Finger Lakes

The Saturday highlight was visiting the tasting room at New York Kitchen in nearby Canandaigua. The name is misleading, as there was a wide variety of wine and beer from New York State to both taste and purchase.

Daryl of course opted to taste wine. No surprise there. 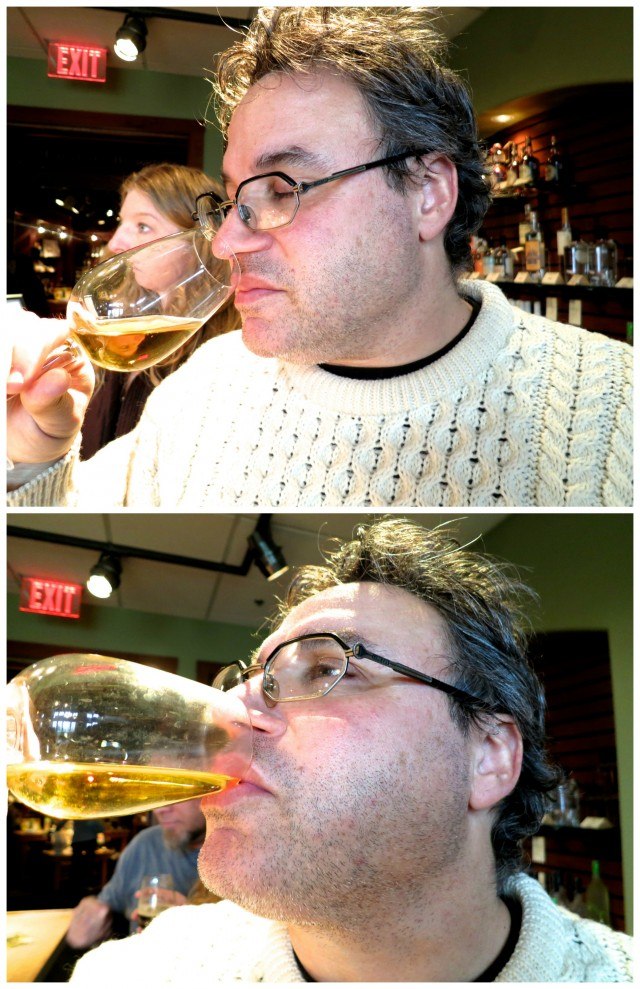 The wines were mostly from the Finger Lakes. The late harvest Riesling was the highlight of the tasting, so we bought a bottle to enjoy later. 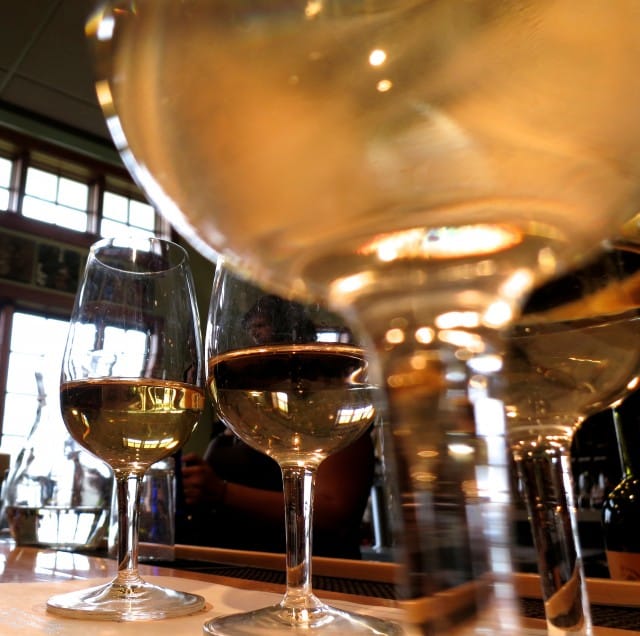 Wine Tasting at the New York Wine and Culinary Center

Mindi enjoyed trying the different New York State beers. No surprise there either. 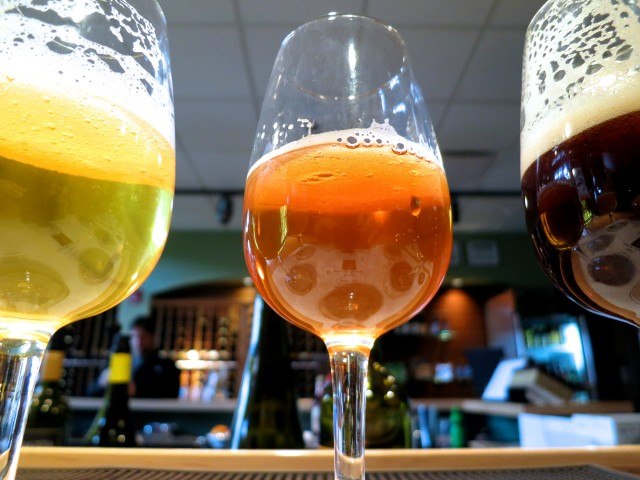 Beer Tasting at the New York Wine and Culinary Center

We saved the serious wine tasting for Sunday, and a limousine arrived the next morning to take us around the Finger Lakes. Renting the limo was a fun experience to do with friends, but it’s not something that we would do on our own. 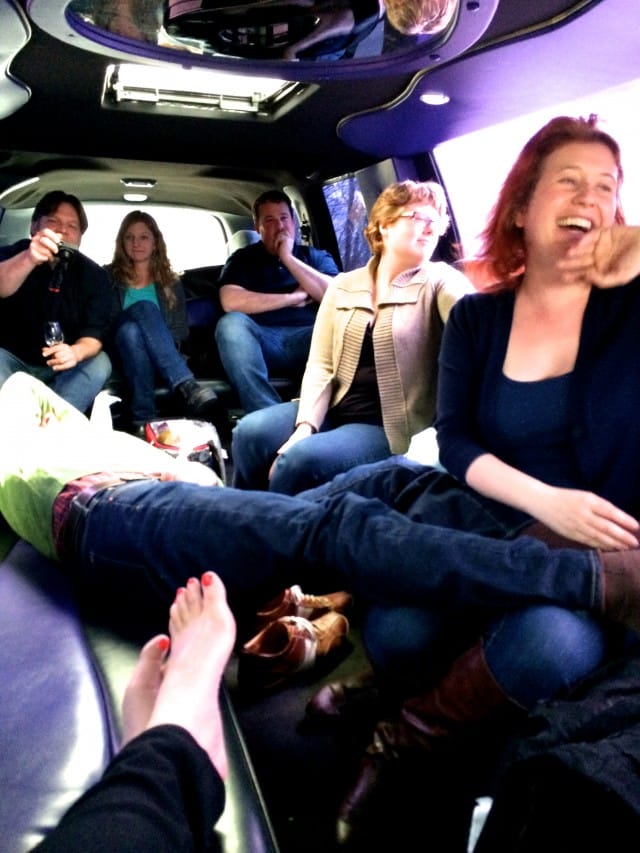 The limo driver drove us to our selected destinations which allowed us to taste a selection of wine, beer and spirits throughout the day. 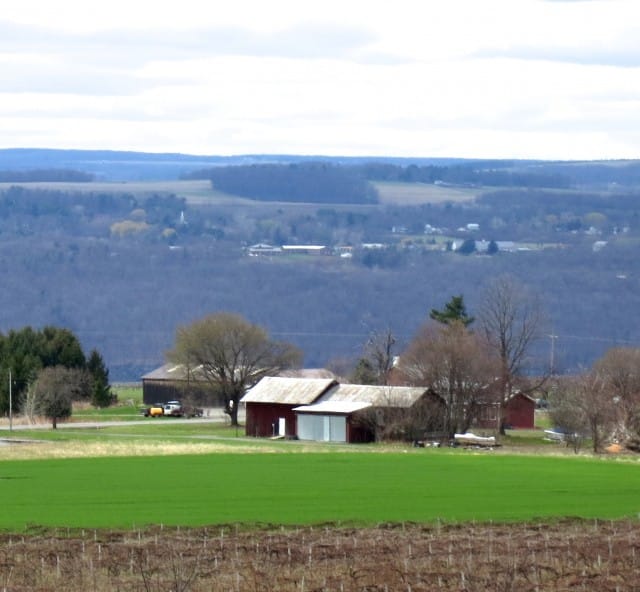 Although we’re all seasoned wine drinkers, there’s always something new to learn about different varietals. 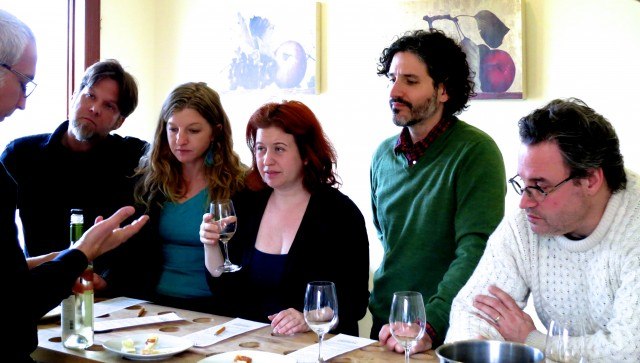 As much as we enjoy wine, it was fun to also taste locally distilled spirits. 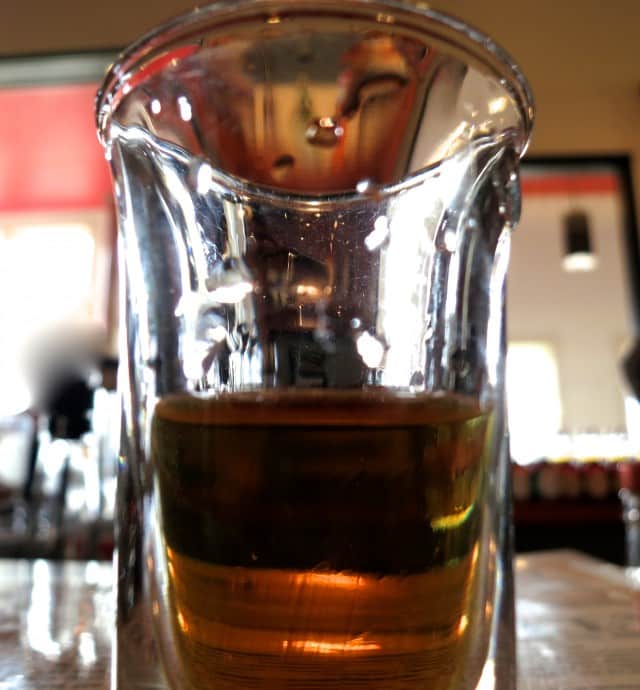 Not to mention trying some locally brewed beers. 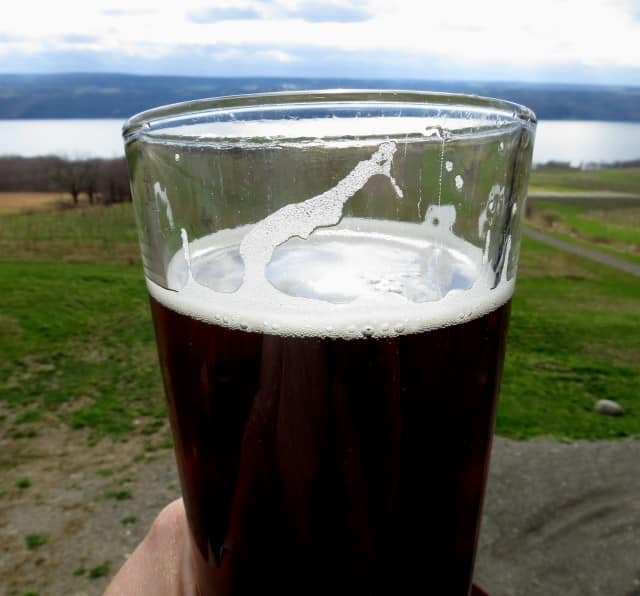 All this beverage tasting made us happy. Mindi even started seeing the world through wine-colored glasses.

By the time we got back to Honeoye, the sun was setting over the lake. It was definitely different from the typical sunsets back home in Philadelphia. 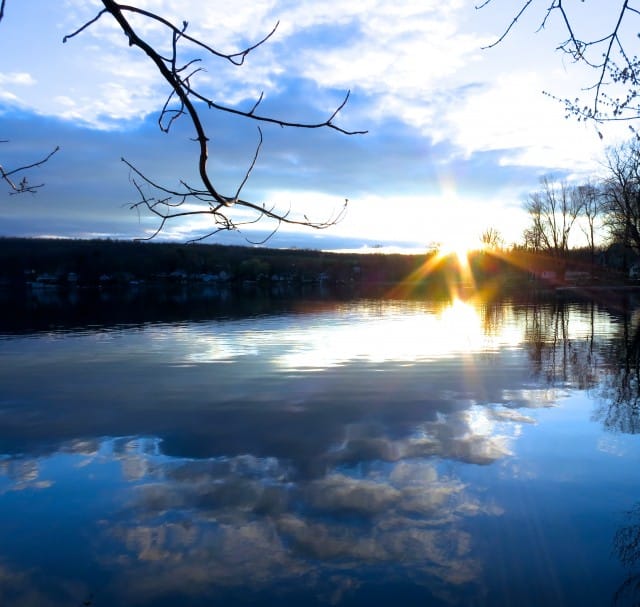 We capped the day by eating a delicious dinner grilled up at the house. 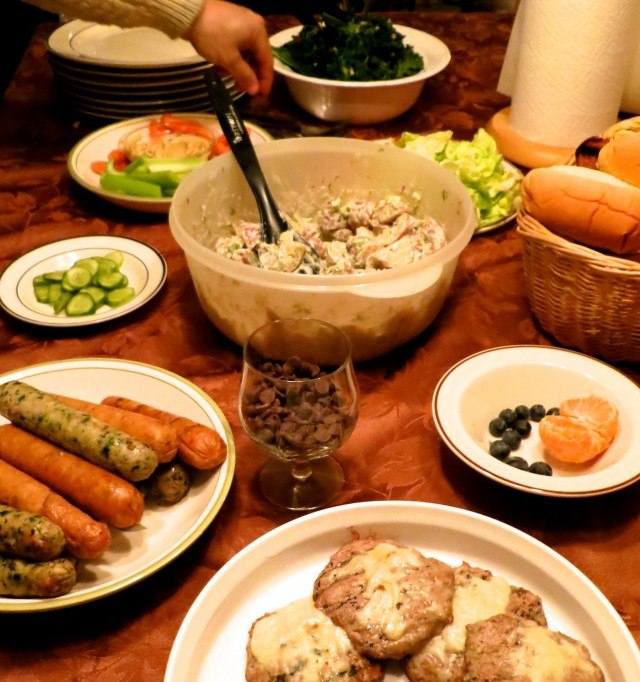 The four couples went our separate ways on Monday morning. The 2foodtrippers headed to The Corning Museum of Glass for a tour and to make glass flowers. We didn’t drink any more wine, as we had plenty in our car from the weekend’s excellent tastings.

Gallery image with caption: Where to Drink and Eat on the Finger Lakes Wine Trail