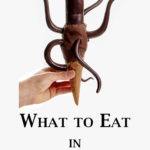 Read on to find out the New Zealand food favorites that we can’t wait to eat when we finally visit New Zealand.

When most people dream about visiting New Zealand, they focus on the country’s extreme beauty as shown in The Lord of the Rings movies. After all, many of the best things to do in New Zealand revolve around the country’s scenery and outdoor lifestyle.

Visitors flock to the lushly green, real-world Hobbiton site as well as to the country’s fjords, glaciers and volcanoes. We get that.

Based on its location, New Zealand is a special destination for serious travelers. Flights to New Zealand from the US and Europe are long and expensive, making travel in New Zealand a bucket list destination for many who visit. Once they arrive, travelers have much to explore in the sparsely populated yet densely rich country.

As avid food travelers, we’re particularly interested in exploring New Zealand food favorites, especially the ones that are unique to the country. We’re intrigued by the variety of savory food and New Zealand desserts.

Based on our research, we know that the NZ food scene offers a unique blend of flavors from indigenous Maori culture, European settlers and recent Asian immigrants. As a result, the relatively small country has a varied and exciting food scene that offers something for every visitor from meat lovers to vegans.

As for us, we plan to eat everything when we check out New Zealand cuisine. These are the foods we want to try first:

After eating gelato in its Bologna homeland, we’re ready to ramp it up by eating ice cream at Giapo. Seriously, we’ve been obsessed with trying what may be the best ice cream in the world ever since we saw a photo of Giapo’s Colossal Squid creation.

With a culinary team that rivals the staff at many of the best Auckland restaurants, Giapo takes ice cream to new levels with its artistic flair and commitment to local, seasonal ingredients like fresh berries and feijoa as well as New Zealand organic milk. Giapo has Vegan and Gluten-free options for those with food sensitivities, but we’re going full on when we’re there.

Since we’re all about killing two birds with one stone, we want to try Giapo’s hokey pokey ice cream when we visit the Gore Street shop in downtown Auckland. A New Zealand classic, hokey pokey typically combines vanilla ice cream with honeycomb toffee chunks. That being said, we’re definitely ordering a Colossal Squid too.

We love to eat like locals when we travel. To us, eating New Zealand traditional food like hāngi originated by indigenous Maori cooks is as local as it gets in terms of New Zealand food culture.

Apparently, cooks prepare hāngi by wrapping meat and vegetables in leaves and cooking them in deep pits with fire and stones. To us, the process sounds both bizarre and intriguing. When we visit New Zealand, eating hāngi is a must.

We’ve eaten mussels all over the world including our home city of Philadelphia, Belfast, Athens and even on our Asia Cruise. But with all of the mussels we’ve slurped down, we’ve never eaten green-lipped mussels.

Green-lipped mussels are larger and fattier than their North American and European cousins and are loaded with nutrients. Since the elusive seafood is readily available in New Zealand, steam some up and count us in!

Meat pies may have been invented in England, but New Zealand, a British commonwealth country, has embraced the savory pastry as its own. For the uninitiated, meat pies are addictive pastries with meat fillings.

In New Zealand, cooks often serve meat pies with tomato sauce. Along with traditional minced beef filling, some cooks fill pies with all manner of Asian spices and other proteins like pork, lamb and steak.

Although it sounds like a Russian delicacy, the pavlova was originally created in New Zealand to honor a visiting Russian ballet dancer named Anna Pavlova. Linking back to its Eastern European inspiration, the base of a pavlova is meringue prepared with cornflour. However, the addition of fruits like kiwis and passionfruit make the pavlova a true New Zealand dessert.

Since we love meringue, trying a pavlova is a must. Finding one topped with kiwis will be an extra bonus in the land of kiwis.

→ Discover 100 more of the best desserts around the world.

Though we’re not big fans of Australia’s Vegemite spread, we are intrigued to try New Zealand’s Marmite. We’ll spread the syrupy yeast extract and eat it for breakfast at least once. Beyond that, we can’t make any promises as to how often we’ll eat this kiwi food classic.

Lambs outnumber people in New Zealand and not just by a little bit. Unlike in Greece where lamb meat is now the exception to the rule when it comes to souvlaki, most restaurants in New Zealand serve lamb in different shapes and forms. Who knows? If we look hard enough maybe we’ll find lamb souvlaki in New Zealand.

Colorful lolly cakes look like fun. And why not when you consider ingredients like New Zealand candy, marshmallows, crushed biscuits, butter and condensed milk?

Though we may only be able to eat a bite or two, lolly cakes are on our agenda when we visit New Zealand. Worst case scenario, they will make a festive Instagram photo.

Local food often makes great souvenirs and gifts to take back home after a food travel adventure. When we depart New Zealand, we will probably leave with a jar or two of manuka honey as edible New Zealand souvenirs.

Made from manuka trees, this honey is supposed to be heavier and more pungent than typical honey. Since we’ve been known to refer to honey as money, this sweet New Zealand food product is right up our alley. Maybe we’ll buy extra jars for friends and family if we’re feeling generous and have room in our bags.

Sure, we’ve drunk Sauvignon Blanc wine in France and South Africa, but we haven’t yet tried the white wine varietal in New Zealand. We’ve drunk New Zealand wine in the US, but, in our experience, the best wine is always kept in the country of origin.

When we finally drink Sav Blanc while visiting New Zealand’s South Island, maybe we’ll pair it with green-lipped mussels or pavlova. Then again, we may just enjoy a bottle while watching the sun set. Since New Zealand is reputed to be one of the most beautiful countries in the world, the combination of great wine and a stunning sunset may be the best pairing possible.

Check out the food we want to eat when we visit Ethiopia and Egypt for the first time.

If you guys would like some dirdct NZ based feedback, I'd be happy to assist. I live in the heart of Wellington, foodie, photographer and traveler.

Thanks! We'll be sure to reach out if we can ever get down there.

Our last meal in NZ before flying home was a belly-busting blowout at Giapo. Can’t wait to go back next Fall.

Well done guys. After spending 3 months there recently you did a fine job.